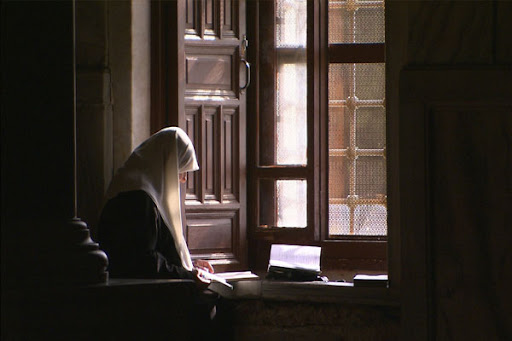 In this powerful and stunningly beautiful two-hour programme, The Qur’an, award-winning director, Antony Thomas takes us into the heart of the Muslim world and through the personal lives of people, living according to their understanding of the Qur’an. The range of witnesses and experiences is extraordinary — from Ayatollahs and Grand Imams to simple farmers; from women in positions of power to women living in veiled seclusion; from those who speak of the Qur’an’s uncompromising message of peace and tolerance to those who find justification in the text for violent conflict and suicide bombing.

All speak frankly about their relationship with the Book which governs their lives, and through them, we gain clearer and clearer insights into this wonderfully complex, beautiful and often contradictory “guide and healing for humanity.”

Nothing makes the point more powerfully than the arc of Islamic history. As well as exploring present-day contrasts and contradictions, the programme reaches back into that Golden Age of Islamic civilisation, when the Qur’an inspired values of freedom and tolerance, questioning and openness that led to astounding developments in architecture, mathematics, science and philosophy, while Europe was mired in its feudal dark ages.